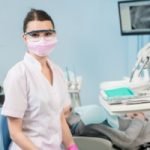 Are there natural ways to prevent cavities?