‘Dental professionals are often unaware of the pervasiveness of the
connection between poverty and periodontitis.’

By Matt Sandin
Periodontitis is sometimes referred to as the silent disease. Rightfully so, as this disease can actively degenerate body parts while the victim remains unaware. Much like periodontitis, poverty also viciously and persistently devastates an individual.
The parallel of these two issues does not end there. While the link between periodontitis and socioeconomic status has seemingly been thoroughly reviewed and researched, the execution of action and awareness is rather minimal. The lack of awareness is of immense concern because the association between the two issues goes beyond the affected individual, and limited awareness has led to an overall increase in the connection.
As research has consistently shown that issues with periodontitis are not confined to the mouth and manifest systemically,1 research also concludes that poverty manifests itself systemically within society.
“…we estimate that childhood poverty each year:
Reduces productivity and economic output by about 1.3 percent of GDP (gross domestic product).
Raises the costs of crime by 1.3 percent of GDP.
Raises health expenditures and reduces the value of health by 1.2 percent of GDP”2
As seen here, it is evident that lowered socioeconomic status directly results in diminished health in society, including oral health. “Poverty may lead to poor dental health due to malnutrition or incorrect diet, and it may also have an effect on the child’s behavior in the dental office.”3 There are numerous quantitative studies that prove this connection, one being a “cross-sectional-study [that] was conducted in the Medak district of Telangana state in India from May 2014 to February 2015 … resulting in a study population of 1,539 children aged 11 to 14 years.”4 The results were forthright, stating that “children of higher income families had better oral hygiene status than those from lower-income families.”4[Native Advertisement]
Another “cross-sectional study evaluated a representative, multistage, random sample of 1,134 12-year-old schoolchildren from Santa Maria, a city in southern Brazil” revealed that “socioeconomic, clinical, and social capital variables at the individual level were associated with higher levels of gingival bleeding.”5
With this evidence, it is easy to believe the myth that this problem is only prominent in foreign countries. However, this poverty epidemic is not merely a distant issue but a local one. As poverty and access to healthcare are associated, the youth in America are lacking proper health care. “According to the US Census Bureau, the poverty rate for children under 18 years of age increased to 22% in 2010.”3
The prevalence and severity of this issue requires immediate intervention by the able public (including health-care workers).
A higher level of awareness
The first crucial step in targeting these issues is awareness. Cognizance of the problems that stem from periodontal disease and poverty must be presented with prevalence. Ignorance of this vital issue is causing major issues in dentistry. Dental professionals are often unaware of the pervasiveness of the connection between poverty and periodontitis.
A qualitative case study conducted at a Canadian dental school is proof of this: “students saw poverty primarily as a distant problem, one that was far from their daily life and hard to connect with.”6 The Canadian dental students were so removed from the struggle of poverty that fabricated blanketed-stigmas were created. For example: “in general, they don’t perceive their teeth or their oral care as being important or something that is value to them … students perceived these patients as being ‘difficult’ after hearing rumors about them.”6
The statements given by the dental students demonstrate that there is ignorance of the connection of socioeconomic status and oral health. This insensible mindset portrayed by dental professionals results in a systemic ignorance to oral health within societies. “A paradigm shift away from the individualized treatment approach to a population public health model is needed to promote periodontal health and, in particular, to address social inequalities in periodontal status.”7 A treatment modification is vital to the betterment of a society as “clinical treatments and chairside preventive approaches alone will never adequately address health differentials related to periodontal diseases.”7
A suitable paradigm shift will result in an increased education of a society, thus resulting in an increase of periodontal health. The relationship between education and periodontal health has been evidently demonstrated in multiple cross-sectional-studies: “studies demonstrate that socioeconomic status indicators like education of the parent and family income are associated with oral hygiene status and gingival bleeding”4 and “Our results indicate that number of teeth with gingival bleeding is associated with parental education.”5
Evidence consistently shows the correlation between a lack of awareness and a ubiquitous lack of action regarding the connection of periodontal disease and socioeconomic issues.
Periodontal disease and poverty are indisputably harmful, and the connection between the two issues is evident. An abundance of people are suffering because of the effects of periodontal disease and poverty. Action must be taken, an action that disrupts the systemic cycle of poverty and the atrocities that stem from it. It is imperative that any intervention implemented is pragmatic and pedagogic. 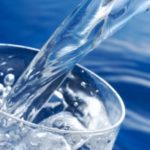 I’m an environmental scientist: What every dental hygienist should know about fears over fluoride

How we are getting our patients to floss more