Newspaper headline in the Idaho Statesman regarding the trial of Cherie Dillon, a dental hygienist.

By Mark Frias, RDH
Back in July 2017, I came across a newspaper article that was being shared on a popular dental hygiene Facebook group about a dental hygienist from Idaho named Cherie Dillon. According to the story, Cherie was convicted of Medicaid fraud and identify theft, sentenced to five years in federal prison, and ordered to pay 1.5 million dollars in restitution, fines, etc.
The newspaper article painted Cherie as an immoral, uncaring monster while painting the dentist involved in the case to be a completely innocent victim. After reading the newspaper article, I then went to the website of the U.S. Attorney’s Office to read their official press release about the case, which depicted Cherie in a very similar manner.
After reading both reports, I had a lot of doubt in my mind that these reports reflected what actually happened. Even though I have been aware for many decades how often stories get misreported—both intentionally and unintentionally—that wasn’t the part that disturbed me the most. The part that disturbed me the most, and what drove me to write the initial blog post, was that the vast majority of the dental hygienists who had commented on the Facebook post seemed to be assuming and believing that the reports were the “truth.” And, because of that, those same hygienists jumped on the bandwagon to help depict Cherie as a horrible person who deserved to be thrown in prison.[Native Advertisement]
At the end of the first blog post that I wrote on July 31st about Cherie’s case, I included my email address with a message to Cherie that my thoughts were with her and that I would love to hear from her.
Three months later I received an email from her husband Ken. He wanted to inform me that he had sent my blog post to Cherie and that she really wanted to tell me her side of the story. Ken and I exchanged a few subsequent emails, and one of those emails included the letter she wrote to her family and friends before reporting to federal prison and the letter she wrote to the sentencing judge. Both of those letters, and the letter she wrote to me below, confirmed that the doubts I had after reading the initial reports were absolutely justified.
Let’s be clear here. Cherie is the first person to admit that she knowingly (though in some cases she honestly didn’t know) violated some laws and regulations. But she did not do it for nefarious reasons or for personal gains. She made those choices to simply help those in her community in the greatest need of dental care.
Should Cherie have to pay for those violations? Yes, but that payment should have never included prison. Throwing her in prison for five years is by far the most immoral part of this story, but unfortunately, none of that was mentioned in the original reports.
To read Cherie’s letter that Mark refers to above, click here. 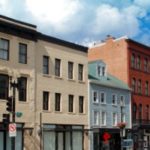 How dental hygienists can make anesthesia less of a pain

Hygienist named as director of hygiene at Perfect Teeth practices