By Elicia Lupoli, RDH, BSDH
A circulation of negative online information, often on social media, surrounds potential opportunities for dental hygienists. Visualizing positive and alternative career moves may appear unachievable or farfetched, especially when too many unknown factors exist.
At one point, I felt burned out too and realized that being the sole dental hygienist in an office, or working with clinicians who had minimal interest in the dental hygiene profession, literally resembled loneliness. Taking a leap out from the comfort zone allowed me to become vulnerable, gain many mentors and friendships around the United States, and permanently change my career momentum. The career experiences opened my eyes as to why there is a critical human need to have a circle of positive and like-minded individuals around you and to network constantly.
Motivational entrepreneur Jim Rohn is often quoted that “you are the average of the five people you spend the most time with.” That is what I found among the very successful, outside-the-treatment-room dental hygienists. Through these relationships, I found my why. If you do not have yours yet, it will come when you are ready and/or take a leap of faith.
In dental hygiene, there are devoted individuals who respect the licensure they worked so hard to obtain and also refrain from publicly bashing the profession. The decision to showcase a few of the most successful dental hygienists was in hope for readers to understand that the journey to success is achievable, with a bit of footwork. Dental hygienists have demonstrated over and over again that (together) we can do anything.
With that I ask readers, “What do the following titles all have in common: Codeologist, elder oral care provider, blogger, podcaster, radio host, and a guy? Two words: dental hygienists!” The first profile below is of the radio host, and my examination of the other six hygienists will appear in upcoming issues of RDH eVillage.
Shirley Gutkowski, RDH, BSDH
Shirley’s initial footwork: Being active online and putting herself out there.
Shirley graduated with her associate’s in 1986 and, by 1988, became “disenchanted” with her work. Shirley had five children at the time of graduation—the youngest three and the oldest six. Shirley has become one of the most influential dental hygienists in the United States, even with the enormous responsibilities of a having a large family.[Native Advertisement]

One question at the beginning of the interview was, “When did you first look for, or first realize, you wanted to do something other than chairside?”
Shirley began to look for other job positions and perhaps even a career change, but she soon realized that she could not do anything without a bachelor’s degree. “I couldn’t even volunteer for the Peace Corps!”
In 1999, she completed her undergraduate degree at Marquette University. She had called the now-closed dental hygiene school at Marquette numerous times to complete her degree. Each time, they told her she would have to start fresh.
However, she overheard conversations between other hygienists who had already completed their bachelor’s after earning an associate’s degree at a community college. Shirley discovered that the university’s school of health sciences would accept the technical school’s credits and award her with a baccalaureate degree from that school (not the dental hygiene school). Huge life lesson for us all: Keep asking and keep knocking until you get the answer you’re expecting.
I asked Shirley how she started writing or even knew she could become published. Click here for a recent sample of her writingtuxfqzub.
Shirley had been sought out by a member of “Amy’s List” (a members-only online listserv, which at the time was the first of its kind) who saw Shirley’s potential. The woman became her mentor and showed Shirley doors that were open she hadn’t seen before. “My mentor encouraged me to write. I published three books, became a columnist for RDH magazine, and became a speaker.”
I asked her in what year did she first consider herself as “a successful business woman.”
“In 2004-5. It was during those years when I first spoke internationally and my first book was released,” (co-authored with the owner of Amy’s List, Amy Petrillo, RDH)
Shirley continues to pay it forward and has around 30 protégés she works with to help them reach their own potential, in and out of the treatment room.
What does Shirley do now? Shirley continues to practice clinical hygiene and has offered her mentorship and guidance to many other dental hygienists. She holds quarterly camps for writers and speakers. She has her own storefront business called Primal Air, where she practices orofacial myofunctional therapy.
She is the first hygienist I have ever heard of who has their own radio show and podcast. Shirley is doing what some would have thought absolutely impossible with bachelor’s degree.
I asked Shirley, “In one sentence, what advice would you give to new graduates and to the dental hygienists who may feel stuck or isolated?”
“For both, the answer is get a copy of The Purple Guide: Developing Your Clinical Dental Hygiene Career. My number one next piece of advice is to choose your colleague friends carefully. There’s a lot of bitter negativity out there. Be prepared for anything. Take classes. Travel to a conference.”
In closing, I asked Shirley one more question, “In one sentence what is one thing others should know about you?”
Shirley replied, “Frustration drives me; if it’s easy, I am not interested.” 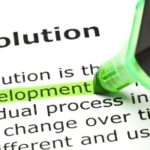 What to do about brown spots on your teeth

Biohazardous waste: When dental offices use labels or bags for safety