By Elicia Lupoli, RDH, BSDH
In dental hygiene, there are devoted individuals who respect the licensure they worked so hard to obtain and also refrain from publicly bashing the profession whether online or in person. The decision to showcase a few of the most successful dental hygienists was in hope for readers to understand that the journey to success is achievable, with a bit of footwork. Dental hygienists have demonstrated over and over again that (together) we can do anything.
Last week I profiled Shirley Gutkowskiftxdyydftyrxteeyuvxrw, RDH, a mother of a large Wisconsin family who yearned for something more from her career. A glimpse into Angie Stone’s career is below, and I will introduce you to the others in upcoming issues of RDH eVillage.

Angie Stone, RDH, BS
Angie’s initial footwork: Going to a convention and mingling.
Angie first became licensed in 1997 after earning her associate’s degree. Her career goal was to become an instructor of dental hygiene. She had this goal before she even attended or enrolled in the school. “Teaching is always where I saw myself. I knew I needed to get clinical experience first, and I also knew I needed to have my bachelor’s degree in order to teach.” Angie did become a clinical faculty member, as well as teaching the courses, Professionalism and Dental Materials, to dental assistants.[Native Advertisement]
In 2003, Angie stepped out of her comfort zone and went to her first conference that required a plane ticket. The conference was RDH Under One Roof (UOR). That dental hygiene convention would lead Angie to her first mentor, Shirley Gutkowski, and her “life would be changed forever.” Shirley became Angie’s mentor.
“After UOR, Shirley and I were connected to each other by a Wisconsin hygienist who I met at the conference. We scheduled a meeting, and I left with homework. Shirley gave me three things to do, one of which was to write an article. I thought she was out of her mind. I have nothing to say. Well, in the middle of the night something came to me. I got out of bed and typed an article, “Dormant Dreams Awakened,” and it was published in RDH magazine!”
This is a great title, and this was after she told herself she had nothing to say. This is the law of attraction. What you resist persists.
“Shirley also said if I was serious about wanting to teach, I had to enroll in a baccalaureate degree completion program. That was one of the other assignments she gave me. She told me to call her when my homework was complete. I phoned her about eight weeks later. My homework was finished. Little I knew it was only the beginning.”
Some of Angie Stone’s early accomplishments include:
Director of dental hygiene consulting at a California-based management company
Director of education for Florida Probe
Editor-in-chief of a hygiene publication
She was the first hygienist in the country to be recruited by Xlear, Inc. where she developed the Xlear, Inc. Xylitol Educator’s Team.
I asked Angie how she had done all of this and ended up being led to caring for the dental health of elders.
“I never said never. Shirley challenged me, and I challenged myself. I created relationships with dental companies I had interest in, such as Florida Probe and American Eagle Instruments. I went to CAREERfusion and further formed partnerships. And you know what? The whole time I was building relationships and expanding my comfort zone, something was happening in the background. I saw my mother-in-law and my grandmother suffer needlessly in nursing homes. This made me really pay attention to the oral health of my older patients who resided in care communities. They were going through many indignities and suffering with horrible oral health. That was my calling. I did not pick it. It picked me”.
Angie has since published the most eye-opening book that looks into the oral health of our older and aging adult population. If you want to know what really happens out there to the seniors (or anyone) in nursing homes, hospitals, and institutions, read Angie Stone’s book, Dying From Dirty Teeth.
Angie Stone also created the term for a care provider, “Oral Care Specialist.” These specialists are hygienists who provide oral care to dependent adults through HyLife Oral Health Alliance (HOHA), the first business of its kind. Angie pays it forward by mentoring HOHA’s 17 independent oral care specialists. Hygienists don’t have to reinvent the wheel, if they want to provide these services. Angie was single-handedly delivering oral care to this population in her hometown of Edgerton, Wis. She has now developed into an army of RDHs across the country, and it is growing.
What advice would she give to new graduates and dental hygienists who feel stuck or isolated?
She replied, “Grads, pay attention to where you are being led and always take that road. Dental hygienists who are stuck, get out of your own way and take a risk. Nothing happens in your comfort zone.”
Elicia Lupoli, RDH, BSDH, is on the editorial board for RDH magazine and Hygienetown, as well as an editor for her state association’s quarterly newsletter (ADHA Connecticut). Elicia attributes the start of her writing career to Shirley Gutkowski, RDH, BSDH, and other success to her many mentors. 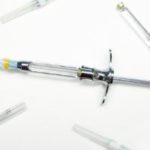 How dental hygienists can make anesthesia less of a pain 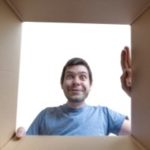 Open the box: Shopping for products that help dental hygiene patients and you

Letting the comprehensive dental exam work for you

How we are getting our patients to floss more