When I was a child, my mother would tell me stories of how she had such bad teeth that she would even lose one or two after every pregnancy. These stories came up again when I was a student in dental hygiene school, and I found them impossible to believe. “That’s an old wives’ tale, Mom. It’s silly.”

Well, it was true that she had trouble with her teeth and now would be considered a patient at high risk for dental disease. But was she part of an old wives’ tale or could there possible be some truth to this myth?
And then in 2014, I had a patient in for her recare appointment. Her report was that she had a new area of decay and it was pretty advanced. Prior to this appointment, she was considered low risk. Her twins were three years old. Her oral care was good; her diet was low in refined sugars and she had had very little dentistry in her mouth. “This never happened to me before I had children,” she said. “What’s going on here?”
My supervising dentist at the time and I looked at each other most likely thinking the same thing: that is just an old wives’ tale. Or is it?
Why don’t you do a research study on that, Denise? And so, I did. Were women more at risk for decay (caries) during the course of a pregnancy?
Under CAMBRA (caries management by risk assessment) guidelines, pregnancy is not a risk factor for caries. But it should be. Presently the risk factors are as follows:
The bacterial strains mutans streptococci and lactobacilli when high in numbers
Visible heavy plaque on inspection
Frequent snacking between meals
Deep pits and fissures
Recreational drug use
Inadequate salivary flow
Saliva reducing factors
Exposed roots
Orthodontic appliances
When analyzed, the risk factors help to determine the risk category for decay. When it is determined that a patient is in the high or extreme risk category for decay, his or her oral health is in a caries imbalance—an imbalance between protective and pathologic factors in saliva and plaque biofilm, as well as between the cariogenic and noncariogenic microbes that populate the saliva. (1)[Native Advertisement]
The caries imbalance model uses the acronym BAD for the contributing factors: B stands for acidogenic, aciduric, or cariogenic bacteria, A stands for absence of saliva or hyposalivation, and D stands for destructive lifestyle. Well, we really can’t label pregnancy as a destructive lifestyle, but what effect does pregnancy have on the quality of saliva and the populations of mutans streptococci and lactobacilli?
The study
The study participants were selected from women of childbearing age in the private practice where I was working, Raabe Family Dentistry in Denver, Colorado. Forty-eight women from age 24 to 40 participated in a 28-month period. Twenty-eight of these women had a pregnancy during this period. Of the pregnant women, 1 to 5 samples were tested in a longitudinal study pattern. Some data was collected prior to pregnancy and during pregnancy. Some data was collected during pregnancy and the postpartum period. And some data was collected prior to pregnancy, during pregnancy and then during the postpartum period.

Testing materials
Over-the-counter pH strips were used according to directions. Samples of saliva were collected by participant spitting into a plastic cup. No food was eaten for two hours prior to testing. The tip of the test strip was submerged in the saliva for at least 15 seconds and immediately assessed by reading the legend included in the kit. Readings were in .25 increments. Readings in entire group ranged from 5.5 to 8.0. A neutral pH is considered 7.0 and represents the pH of pure water. All numbers lower than 7.0 are considered acidic, and those above are alkaline or basic. Healthy salivary pH should measure no lower than 6.6. (2)

See Table 1 for a breakdown of the salivary pH of each group. For reference, the mean is average number, calculated by adding all numbers and dividing by the amount of numbers. The median is the middle number of a range of numbers. The mode is the number that appears most often.
All but one of the measurements of 5.75 and lower were sampled in the last 13 weeks of the pregnancy. Even those women who were considered to be at low risk for decay had a mode pH of 5.75. Six postpartum women with both low to high risk factors had diagnosed clinical or radiographic decay the first exam after their pregnancy.
Demineralization occurs in enamel at a general range of pH 5.0 to 5.5, and in dentin and cementum at a pH range of 6.2 to 6.7. As demineralization progresses, so does the carious lesion. (3) Therefore, not only is quantity of saliva critical, as represented in the CAMBRA research, but so is quality—that is to say at least the pH factor. Those patients at moderate, high, or severe risk who become pregnant seem to become at more risk during the last 13 weeks of a pregnancy.
One interesting finding is that for all women sampled in the last half of their pregnancy, no matter what their pH was at that time, their postpartum reading returned to either their prepregnancy reading, or if none was available, the mean reading of 6.75. This indicates that the risk factor of low pH was no longer present.
Therapeutic or preventative action: Fluoride varnish
Although it would be informative to know what caused the increase in acidity in the last part of pregnancy, it is not within my realm of expertise to determine that. I did consult with two obstetricians and a pulmonary internist about probable causes, but the cause does not really matter. The fact that a drop in pH does occur, therefore increasing caries risk, is enough to consider a therapy for prevention. Since the pH seems to drop in the last trimester and then returns to the patient’s normal level in the postpartum period, this therapy would only be indicated during that period.
Fluoride varnish is the perfect therapy. It is a well-practiced application with plenty of research to show that it is effective for this period of time as well as safe with no acute toxic effects. (4) There are no known allergies to fluoride and the plasma fluoride level is compared to levels after brushing with a fluoride toothpaste. (5)
The benefits of fluoride varnish are greatest for individuals at moderate or high risk for tooth decay. (6, 7) If a woman changes her risk for decay during the last trimester of her pregnancy, it is therefore indicated that fluoride varnish would be therapeutic.
During the study, it was recommended that pregnant women come in to the office at 26 weeks’ gestation for a pH testing and a topical fluoride varnish application. I was able to include five in this study. None of these women was diagnosed with decay their first exam after giving birth.
Knowing a new risk category and providing a therapeutic solution can provide a decrease in dental disease and treatment and contribute to overall improved dental health.
References
1. Takahashi N, Nyvad B. Caries ecology revisited: microbial dynamics and the caries process. Caris Res. 2008;42:409-418.
2. Hurlbutt M, Novy B, Young DA. Dental caries: a pH-mediated disease. J Calif Dent Hyg Assoc. 2010;25(1):9-15.
3. Takahashi N, Washio J. Metabolomic effects of xylitol and fluoride on plaque biofilm in vivo. J Dent Res. 2011;90(12):1463-8. doi: 10.1177/0022034511423395.
4. Seppä L. Efficacy and safety of fluoride varnishes. Compend Contin Educ Dent. 1999;20(1 Suppl):18-26.
5. Sharma PR. Allergic contact stomatitis from colophony. Dent Update. 2006; 33(7):440-442.
6. Marinho VCC, Worthington HV, Walsh T, Clarkson JE. Fluoride varnishes for preventing dental caries in children and adolescents. Cochrane Database Syst Rev. 2013;(7):CD002279. doi: 10.1002/14651858.CD002279.pub2.
7. American Dental Association Council on Scientific Affairs. Professionally applied topical fluoride: Evidence-based clinical recommendations. http://www.ada.org/~/media/ADA/Science%20and%20Research/Files/report_fluoride.ashxrtfyvdyvebtadfyrzstuvtbau. Published August 2006.
Editor’s note: This article first appeared in RDH eVillage. Click here to subscribe.

Denise Whitney, RDH, is a graduate of USC School of Dentistry class of 1970 with a BS in dental hygiene. She also earned a master’s degree in education from Concordia University in California in 2004. She has practiced dental hygiene for 48 years with specialties in periodontics and prosthetic dentistry. She has practiced 40 years in California and 8 years in Colorado. Denise recently retired from practicing hygiene in private practice but still resides in Denver, Colorado. 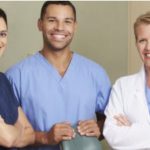 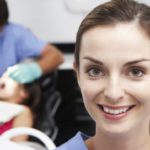 What’s the difference and why does it matter?

See you in six months: The hygienist’s role in getting the patient back