Researchers at the University of Utah Health identified an important molecular mechanism that may influence the progression of Sjogren’s syndrome in mice. Their results are published in the April 2018 issue of American Journal of Pathology.
Previous research showed that a gene called ALX/FPR2, which regulates antibody production in both humans and mice, reduces salivary gland inflammation while promoting tissue repair. Baker and Wang were curious if it also played a role in Sjögren’s syndrome.
Their work shows that 12-week-old female mice lacking ALX/FPR2 produced less saliva and were more susceptible to salivary gland inflammation than their wild type counterparts. The amount of inflammation was exacerbated by age.
———————————–
To view abstract of study, click here.
———————————–
The researchers next compared saliva reduction to antibodies levels in the salivary gland cells of the mice. They found that the female knock-out mice with inflamed salivary cells contained higher concentration of antibodies and genes and proteins that regulate B cells, a white blood cell responsible for producing antibodies.
While it remains unclear how ALX/FPR2 regulates immune cells, it is involved in the inflammation that slowly cripples the salivary gland, preventing it from functioning properly. What the researchers did not anticipate was the gender differentiation of the results.
“All of the female knock-out mice had higher levels of B cells [than males did], which is critical for starting the disease,” said Olga Baker, DDS, PhD.
In the future, Baker, an associate professor at the University of Utah, and Ching-Shuen Wang, PhD, plan to explore the role of hormones in disease progression to explain the sexual differences in the results. In addition, they want to examine how the disease manifests in people.
“Imagine the worst dry mouth you had when you were sick and now make it 10 times worse,” said Wang, a bioengineer and postdoctoral fellow at the university. “This is one of the most underdiagnosed diseases because people don’t realize that they have it.”[Native Advertisement]
More than four million Americans are affected by Sjögren’s syndrome, which affects the moisture-secreting glands of the eyes and mouth. It is commonly diagnosed in post-menopausal women or as a secondary autoimmune condition co-occurring with diseases of the connective tissues, such as rheumatoid arthritis, lupus, or scleroderma.
At this time, the medical community does not know the cause of this syndrome, there is no cure, and treatments are limited to managing the symptoms.
“As a dentist working with patients with Sjögren’s syndrome, I saw their immense suffering and devoted my life to research this condition,” Baker said. “We are going back to the beginning to study the molecular mechanisms behind the disease so we can design new therapies.” 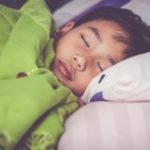 Bleeding upon poverty: Meeting a challenge in treating periodontitis

Letting the comprehensive dental exam work for you

Nothing happens in our comfort zone: The tale about the two hygienists

Clogged arteries may be down to bacteria, not diet