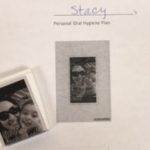 The failures of dental sealants: Weigh the pros and cons with dental patients

What you should know about hairy tongue