Biolase, Inc. announced June 19 that it has appointed Todd Norbe and Jess Roper to its board of directors, effective immediately. Roper will become chairman of the audit committee and replace James Talevich, who resigned from the board due to other commitments. The addition of Mr. Norbe increases the size of the board to five directors.
Dr. Jonathan Lord, Biolase’s chairman said, “The addition of Todd and Jess creates a reinvigorated board of directors with direct expertise in new technology adoption, disruptive innovation, and growth,” said. “We have also increased the dental IQ of the company by adding a director with deep experience in the dental industry. Along with welcoming Todd and Jess to the Board, I’d like to thank Jim Talevich for his tireless four and a half years of service to Biolase.”
Norbe, 51, was most recently the president, North America of KaVo Kerr, a subsidiary of the Danaher Corporation, where he held executive leadership positions from 2006 to 2018. He was responsible for the integration of the KaVo and Kerr businesses while leading all aspects of sales, marketing, channel management, group purchasing, customer care, service/warranty, and operations.
Prior to the integration, Norbe served as president of Kerr North America, where he was responsible for integrating three business units into one brand while incorporating a common management structure. Norbe also served as vice president and general manager of Metrex Medical—Sybron Dental Specialties, continuing in that role after it was acquired by Danaher in 2006.
Norbe earned a master of business administration in management from Fairleigh Dickinson University, and a bachelor of science degree in marketing from Bloomsburg University. He served on the board of the Dental Trade Association Foundation and the National Children’s Oral Health Foundation.
Roper, 53, has considerable financial and audit experience in the sectors of medical devices, life sciences, technology, manufacturing, and financial institutions. He joined San Diego-based Dexcom, Inc., in 2005, and he most recently served as its senior vice president and chief financial officer, retiring in April 2017. Dexcom is a developer and marketer of continuous glucose monitoring systems for ambulatory use by patients and by healthcare providers in the hospital.[Native Advertisement]
While at Dexcom, Roper also served as its vice president and chief financial officer and as the director of finance. During his tenure, Dexcom transitioned from a pre-revenue privately-held medical device company to a multi-national, publicly traded entity with 2016 worldwide revenues of $573 million.
Roper previously held financial management positions with two other publicly traded companies and one venture funded company and has extensive capital markets experience. Earlier in his career, Mr. Roper was an auditor with PricewaterhouseCoopers, and a bank and information systems examiner with the Office of the Comptroller of the Currency.
Mr. Roper earned a master of science in corporate accountancy and a bachelor of science in business administration in finance from San Diego State University. He is a certified public accountant in California and a member of the Corporate Directors Forum.
Biolase. Inc., is a medical device company that develops, manufactures, markets, and sells laser systems in dentistry and medicine, and also markets, sells, and distributes dental imaging equipment, including three-dimensional CAD/CAM intra-oral scanners and digital dentistry software. The company’s proprietary laser products incorporate approximately 220 patented and 95 patent-pending technologies. Biolase reports it has sold over 36,200 laser systems to date in over 90 countries around the world. 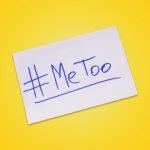 The Me Too Movement and the dental office: Steps dental hygienists can take

How your mouth bacteria can harm your lungs

Goodbye, informed refusals: A method for getting the x-rays taken with resistant patients