Editor’s note: April is Oral, Head, and Neck Canceratcrrxvvqffzvbsftzsdwvwvarbfra Awareness Month. You can start making plans to raise patient awareness by reading this article from a dental hygienist with a very personal experience of the connection between oral cancer and oral health.

Rebecca Klaus, RDH, AAS, fell in love with dental hygiene after she became a dental assistant. This newfound passion and love led her to attending Coastal Bend College, where she graduated with honors in 2012 and was awarded the Hu-Friedy Golden Scaler Award, which symbolizes clinical excellence and compassionate service. Becky is practicing dental hygiene in Seguin, Texas. 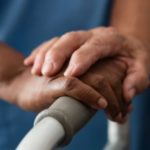